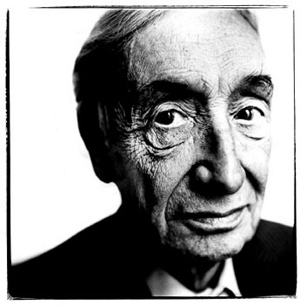 Sir A.J. Ayer, in full Sir Alfred Jules Ayer, (born October 29, 1910, London, England—died June 27, 1989, London), British philosopher and educator and a leading representative of logical positivism through his widely read work Language, Truth, and Logic (1936). Although Ayer’s views changed considerably after the 1930s, becoming more moderate and increasingly subtle, he remained loyal to empiricism, convinced that all knowledge of the world derives from sense experience and that nothing in experience justifies a belief in God or in any other extravagant metaphysical entity. His logical views alone, expressed in an elegant, crystalline prose, would have ensured him a place in the history of modern philosophy. But Ayer, playful and gregarious, was also a brilliant lecturer, a gifted teacher, and a successful broadcaster, as ready to offer his opinions on politics and sports as on logic and ethics. Named a fellow of the British Academy in 1952 and knighted in 1970, he became one of the most influential British philosophers of the 20th century.

Language, Truth & Logic... by on Scribd