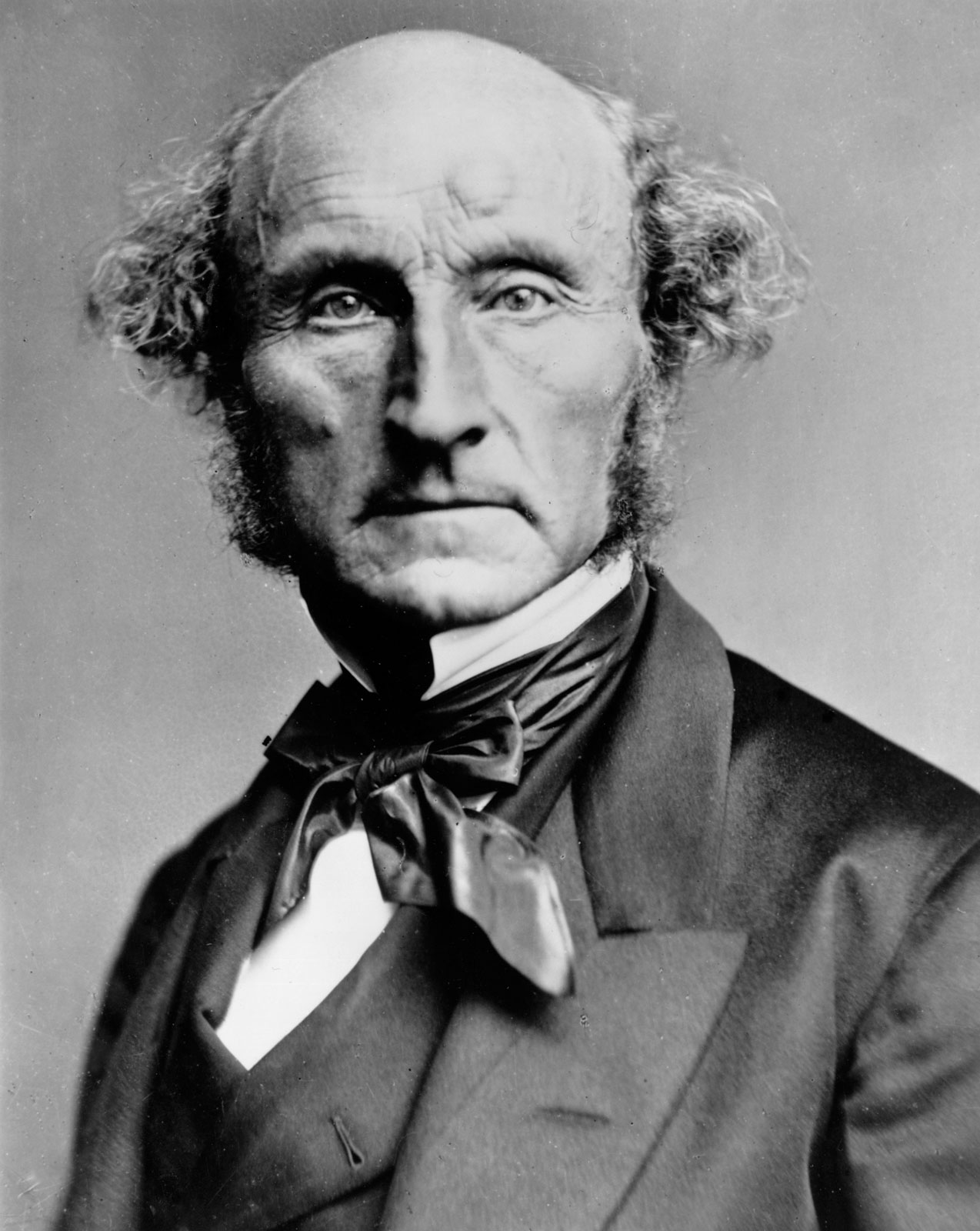 John Stuart Mill, who has been called the most influential English-speaking philosopher of the 19th century, was a British philosopher, economist, and moral and political theorist. His works include books and essays covering logic, epistemology, economics, social and political philosophy, ethics, and religion, among them A System of Logic, On Liberty, and Utilitarianism.
Under the tutelage of his imposing father, himself a historian and economist, John Stuart Mill began his intellectual journey at an early age, starting his study of Greek at the age of three and Latin at eight. Mill’s father was a proponent of Jeremy Bentham’s philosophy of utilitarianism, and John Stuart Mill began embracing it himself in his middle teens. Later, he started to believe that his rigorous analytical training had weakened his capacity for emotion, that his intellect had been nurtured but his feelings had not. This perhaps led to his expansion of Bentham’s utilitarian thought, his development of the “harm theory,” and his writings in the defense of the rights of women, all of which cemented his reputation as a major thinker of his day.​