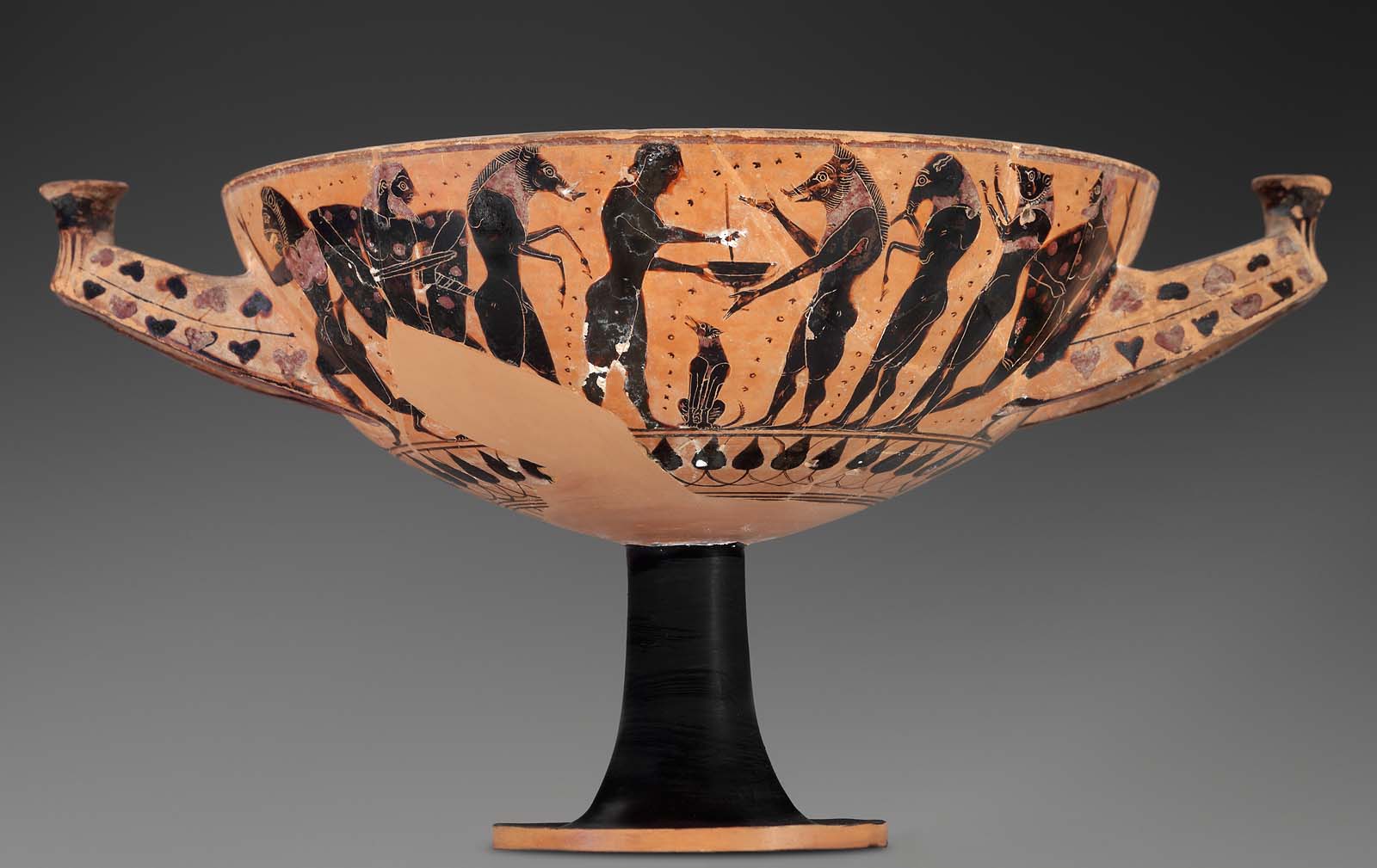 Circe appears in center mixing her potion for Odysseus’ men. The men have animal heads and arms, but retain their human lower bodies. Eurylochus escapes the scene at far right and Odysseus enters at far left.

Greek Kolossoi, From left to right:
1) Carved voodoo doll with bound limbs from the Hellenistic Period in Israel (332 C.E. — 37 BCE), is “probably used in erotic magic practices." From an exhibit at Bible Lands Museum Jerusalem, “Angels & Demons: Jewish Magic Through the Ages,” Image from Dan Friedman, "Jews Have Been Magic for Thousands of Years," Forward, May 19, 2010.
2) Lead Coffin figurine, Keramikos, Athens. Now in the Musees Royaux d'Art et Histoire, Brussels. Image from the Melammu Project
3) Bronze Kolossos, Hellenistic, Bronze, Musee de Delos Inv. A2157.In ancient Greek such a ritual image was usually called a Kolossos a word of uncertain origin, which can refer to an effigy of any kind. The Greek use of these effigies dates from at least the fourth century BCE and is similar to their use throughout the Mediterranean, although of course there are regional differences. One distinguishing characteristic of the Greek use of Kolossoi is that it is primarily defensive; it is generally aimed at containing a hostile force, rather than destroying it.