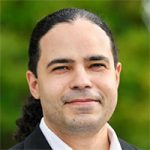 To access some items you need to login with your Brooklyn College ID and others you will need to enter a password given to you by your professor.

The following icons will let you know what you will need to do to access the items.

If an item has no icon, then you don't need to do anything to access it.

Off-campus access. You will be prompted to enter your Brooklyn College ID and login.

Password protected item.  You will be prompted to enter the password given to you by your Professor.

This is an inter and trans-disciplinary course which has two main objectives. The first is to critically examine the multi-faceted evolution of the Latinx population as an urbanized segment of United States society. Specifically, the course seeks to provide a cross-cultural understanding of the diversity among Spanish-speaking people within the urban context. Different processes and roles over space and time will be problematized included but not limited to the role of urban institutions in the conflicts between assimilation and cultural preservation; the dynamics of migration, immigration, and settlement; and institutionalized participation in the social processes of United States urban life.

U.S. society today is in the middle of facing heightened social transformation in the early 21st Century. Since the inception of well over 150 years of Spanish presence in the United States, structures of inequality, oppression, and fusion remain in place. However, these structures—and challenges against them—are indeed changing along with the identity of what is “Urban” life and what roles Latinxs play in such formation.

Furthermore, as diverse social forces struggle over the terms of development and direction of change, the current state of affairs of Latinxs in the U.S. is full of rising social conflict, political mobilization, renewed revolutionary movements, further economic restructuring, transnational migration, and cultural redefinition. These are some of the aspects/dynamics that will be investigated throughout the course.

However, it is only possible [in 15 weeks] to cover a limited surface/amount of the complicated and rich history and multiple research agendas on the complex relationship between the making of urban life in the U.S. and the role of Latinxs within such historical formation.

The second goal is to improve your skills in critical reading and writing. You will work on understanding and interpreting the materials throughout the course. Paper assignments and essay exams will provide opportunities to develop your OWN interpretations systematically and polish your writing skills.

So God Made a (Latino) Farmer