A New Deal for Artists: Connecting Brooklyn College to  Its Past, Present, and Future

This exhibition provides a unique opportunity to tell the story of the New Deal’s extraordinary Works Progress Administration (WPA) and the creation of the Brooklyn College Midwood campus. The exhibit also serves as a reminder of the vital role the federal government played during the Great Depression in supporting the arts by employing tens of thousands of visual artists, musicians, actors, and writers.

These beautifully restored paintings along with the campus’s other twenty-two WPA art works are important pieces of our history connecting the college’s past to its present and future. We gratefully acknowledge the Brooklyn College Class of 1964 for its generosity and commitment to the restoration and preservation of the thirteen paintings in this exhibit. 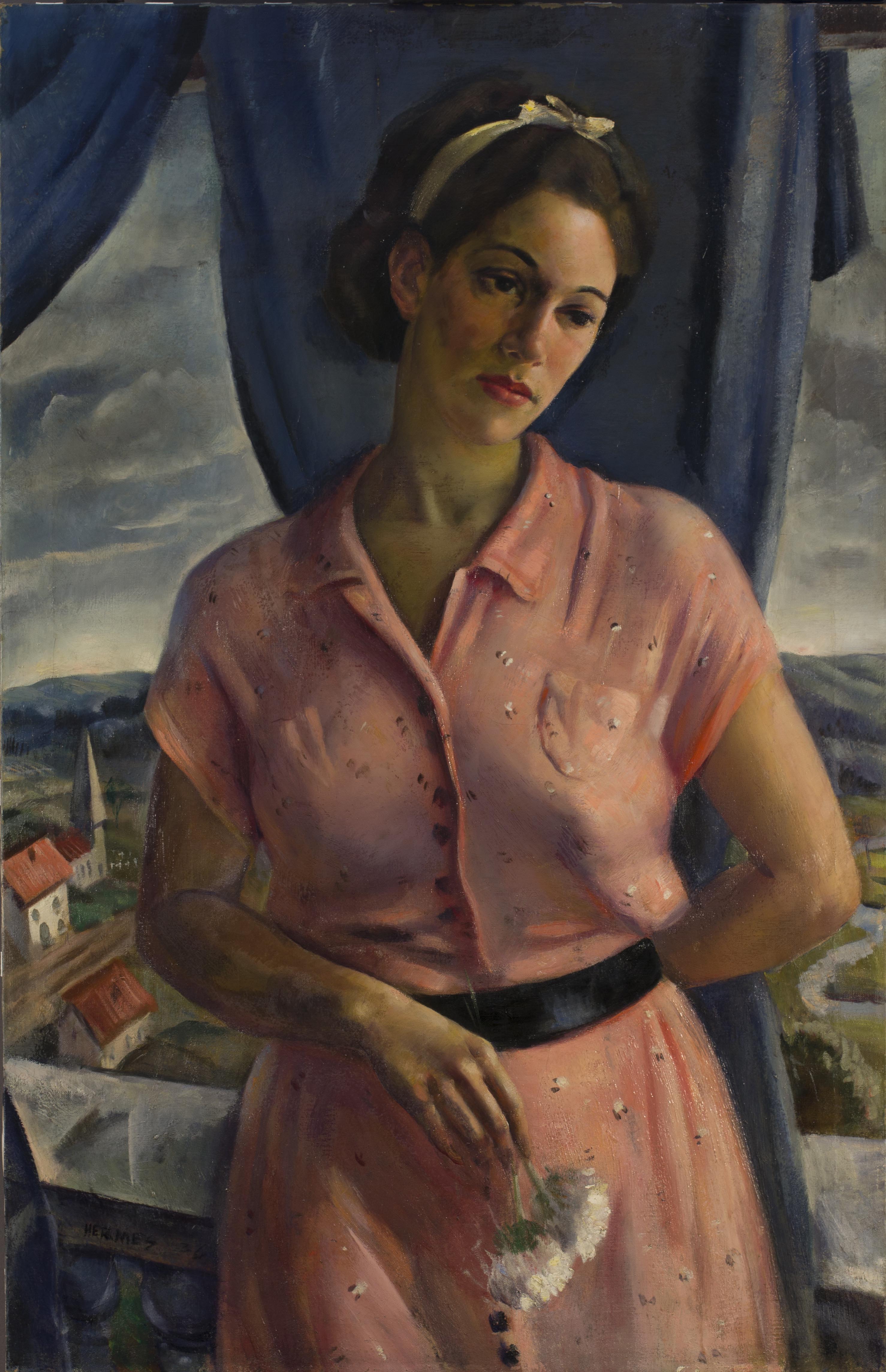 Born in England in 1913, Allen Hermes came to the United States at the age of sixteen. An outstanding art student, Hermes attended Syracuse University on a full scholarship. He was also awarded a fellowship to study art and architecture in Germany. Later he served in Europe in WWII with the Corps of Engineers.

In this portrait, Hermes captures the expression of a pensive young woman standing in front of a velvet curtain. She is leaning on the balustrade of a balcony, two white flowers in her hand. A peaceful countryside can be seen from a dizzying height behind her, while a stormy sky perhaps reflects her anxious thoughts. 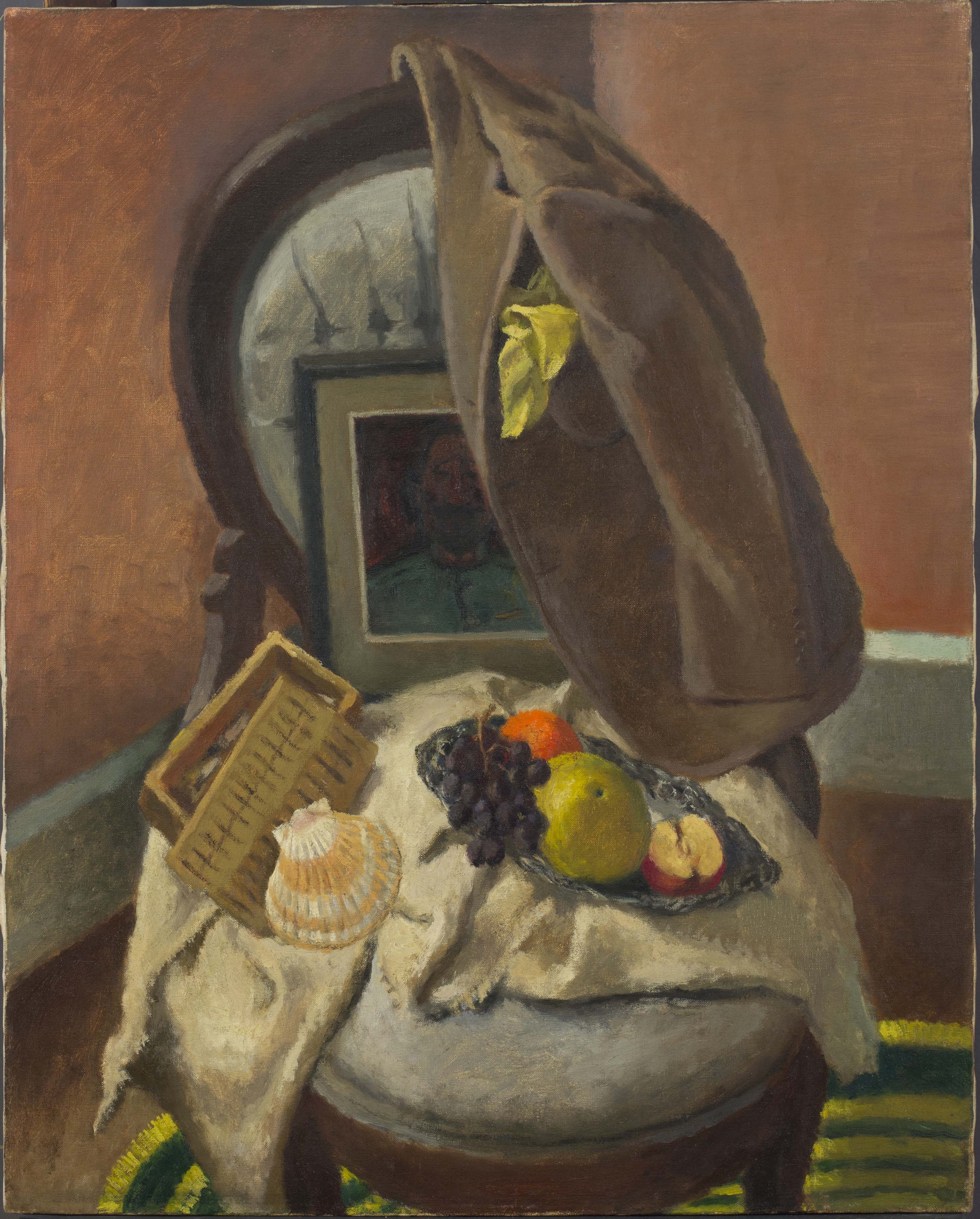 The effects of Modernism have evidently inspired the artist who painted this enigmatic still life. The bowl of fruit has been rendered as if the artist is looking at it from various angles, and the simultaneous, multiple perspectives of the shell and open box recall Braque and Picasso’s early experiments with Cubism. The jacket with a ruffled pocket square, and the portrait propped up against the chair-back enhance the painting’s sense of mystery. 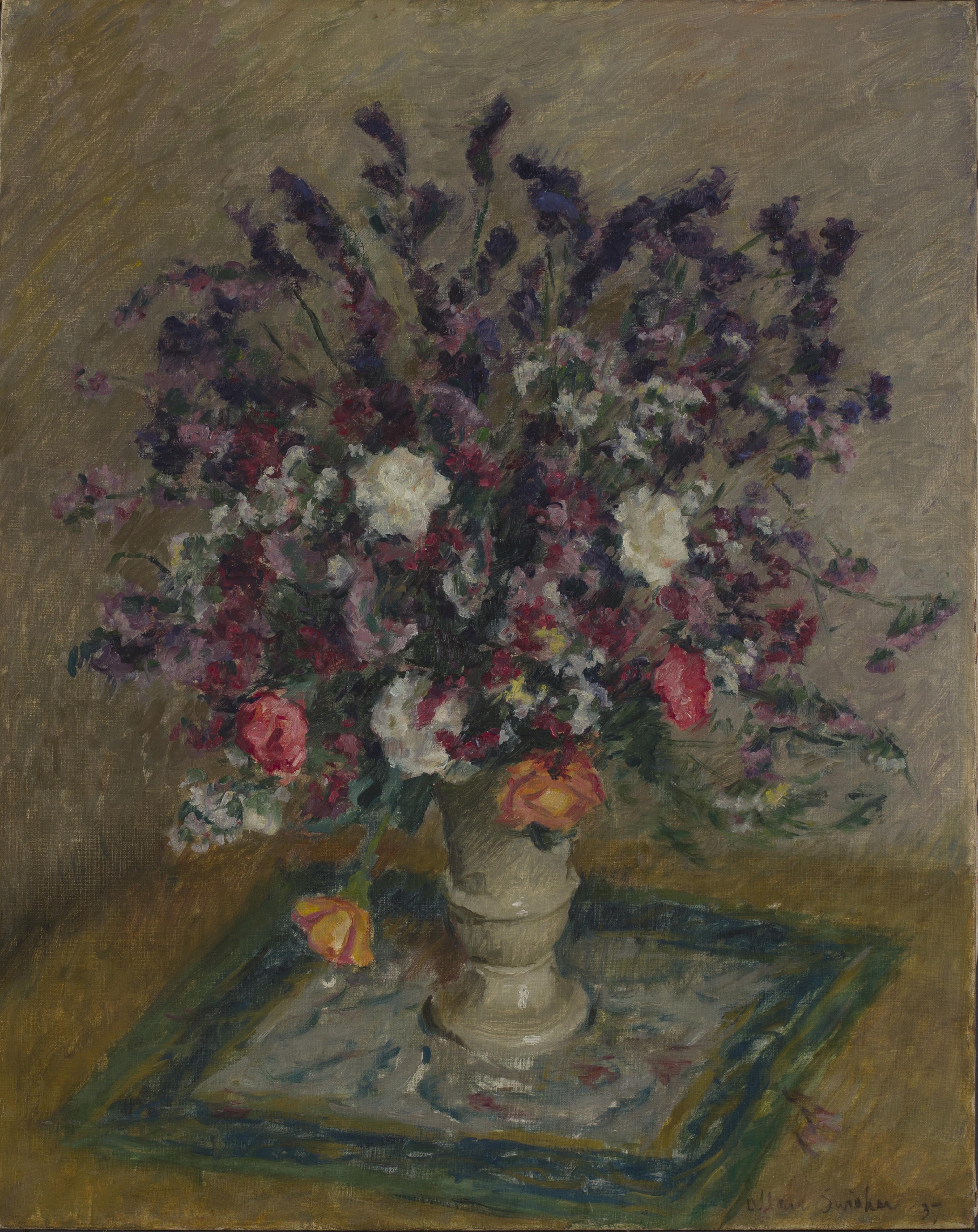 In 1913, Allen Lee Swisher studied with Jean-Paul Laurens at the renowned Académie Julian in Paris, and later in New York with Harry Mills Walcott. He is known predominantly as a portrait painter.

Swisher painted this lush and abundant bouquet of wildflowers with confidence and verve. His exuberance perhaps reflects the optimism the WPA engendered in many aspiring American artists. 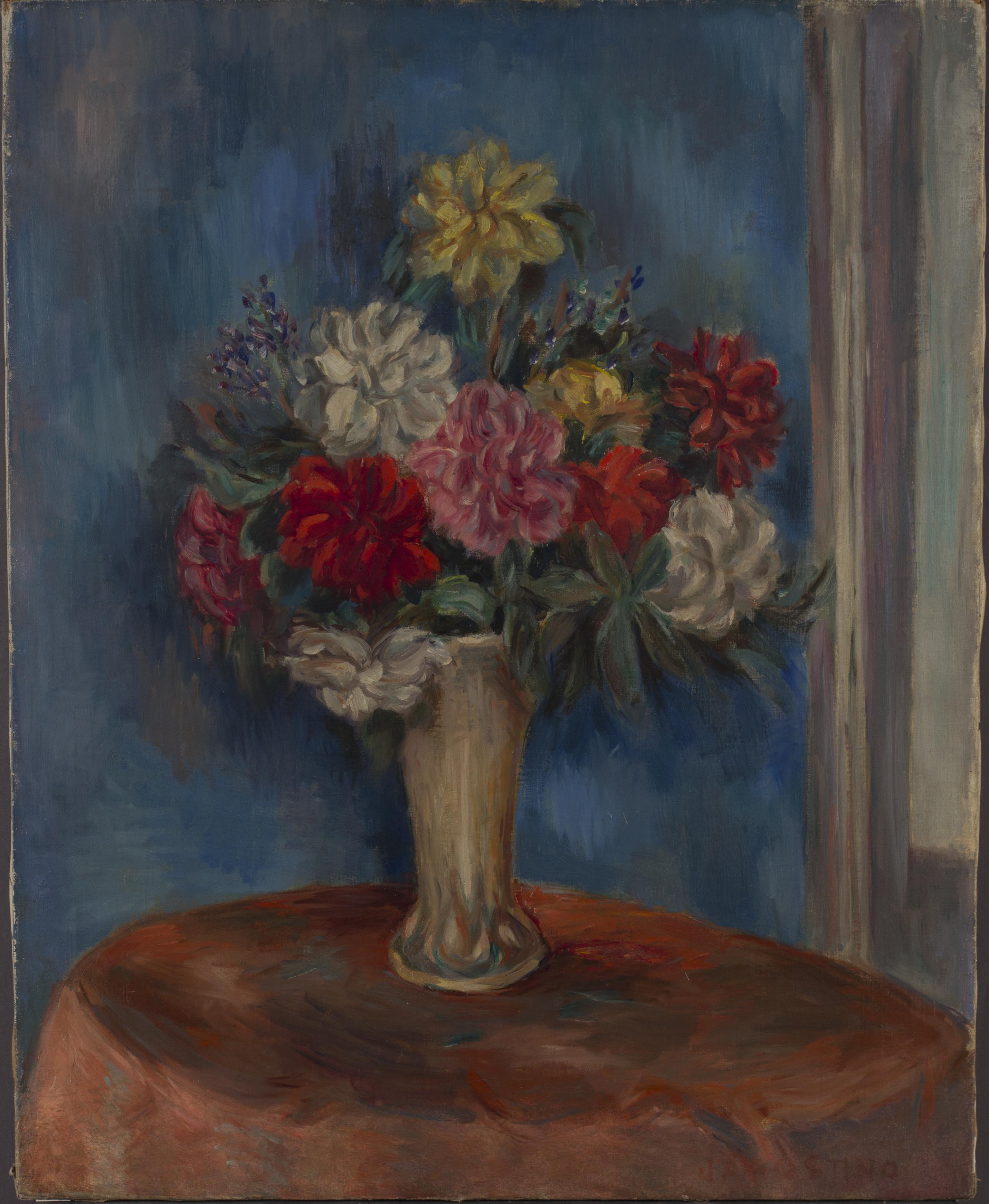 Vincent D’Agostino studied at the Art Institute of Chicago in the city where he was born, and later with the renowned American artists George Bellows and Charles Webster Hawthorne. While employed by the WPA, D’Agostino participated in the Federal Art Project (FAP), which lasted from 1935-1942.

Throughout the duration of the FAP, approximately 2,500 large-scale public murals were produced. However, prints, sculptures, and smaller easel paintings such as D’Agostino’s Flowers eventually emerged as the division’s main focus. The FAP gave American artists an opportunity to develop and practice their craft.