Perhaps the most controversial of the WPA’s art programs was the Federal Theater Project (FTP), especially favored by First Lady Eleanor Roosevelt. The FTP produced 1,200 plays and introduced 100 new playwrights to American theatergoers across the country. The Living Newspaper, a social protest art form that originated during the Bolshevik era in Russia, was one of the performance genres adopted by the FTP. The FTP’s first Living Newspaper play, Ethiopia, about Italy’s struggle against Benito Mussolini, attracted government criticism and was never performed. However, later in 1936 the FTP persevered with a dramatization of Sinclair Lewis’s anti-fascist novel It Can’t Happen Here. This production had great appeal and played for 260 weeks.

The FTP productions drew both praise and criticism. The latter proved to be more powerful. Consequently, the FTP was the first WPA art program to be eliminated by Congress in 1939, and by the end of 1942 the WPA had also become a victim of the New Deal’s conservative opponents in Congress and was officially discontinued. With the termination of the WPA in 1943, all of the federally sponsored art programs were shut down.

The legacy of FDR’s New Deal and the WPA – as a support for artists, musicians, actors, dancers, and writers – has not been forgotten at Brooklyn College. It has been revivified and will be continuously celebrated with the latest addition to our college campus, the new Leonard & Claire Tow Center for Performing Arts. 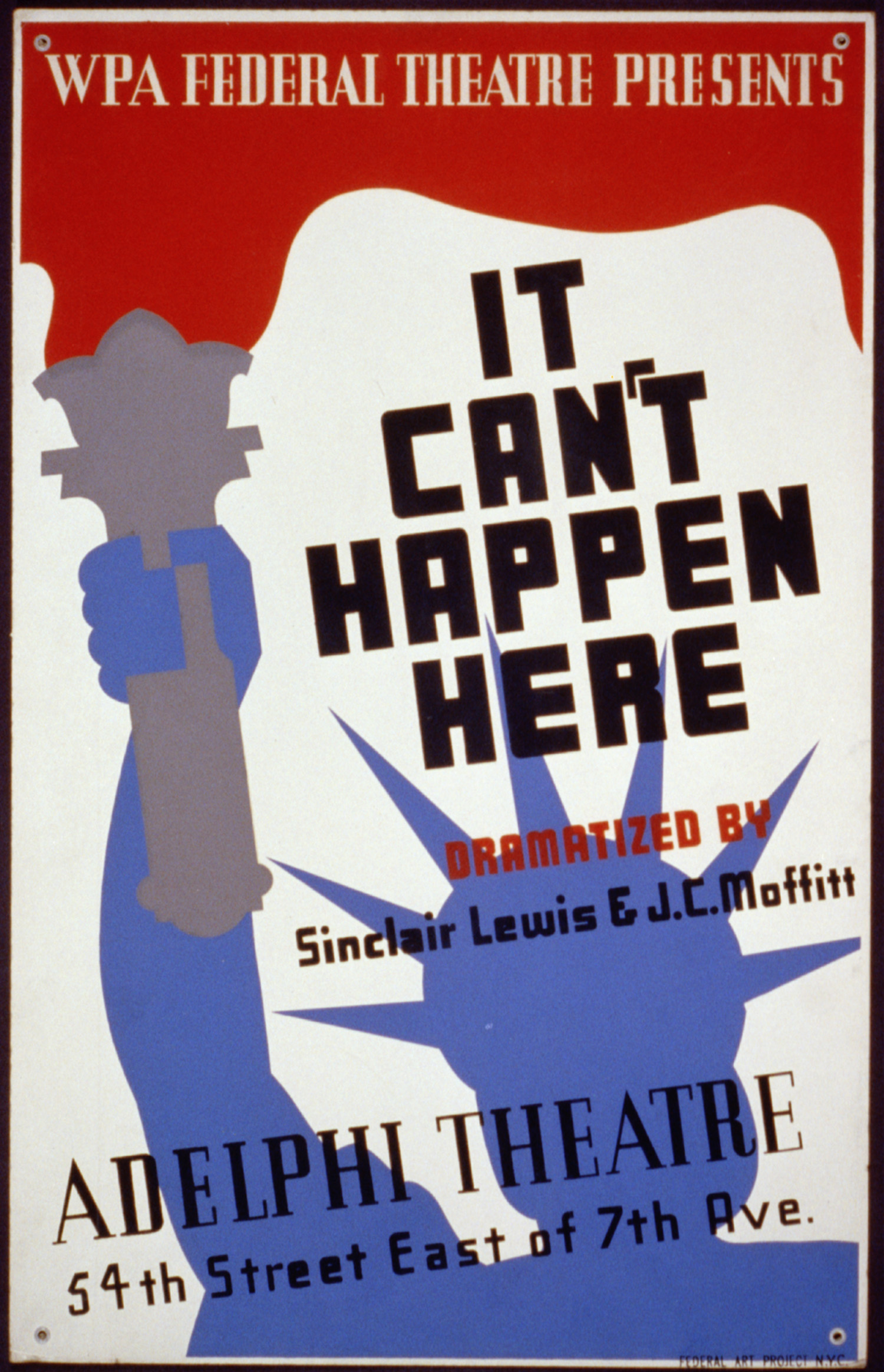 1936 Poster for Federal Theater Project WPA Poster Collection Courtesy of the Library of Congress. Based on 1935 Lewis novel, adapted for Stage by J.C. Moffitt 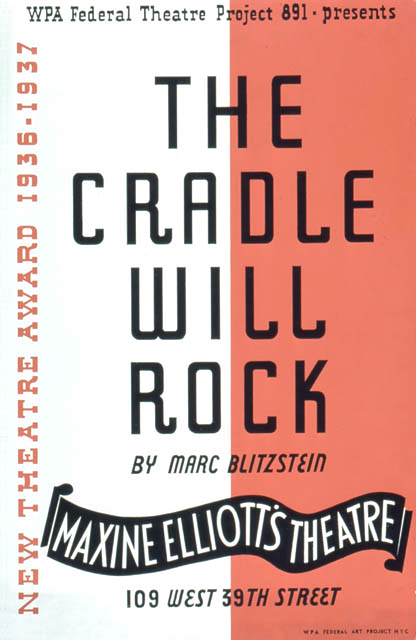 The Cradle Will Rock: Poster

Listen to Patti Lupone sing "The Nickel Under Your Foot" from the 1937 play The Cradle Will Rock. Music by Marc Blitzstein, Directed by Orson Welles, and Produced by John Houseman.

Watch a video about the Federal Theater Project's adaptation of Sinclair Lewis's anti-fascist novel, It Can't Happen Here. Skip ahead to 4:06 for the most relevant segments.