The Photophysics of Aromatic Residues in Proteins

Our recent spectroscopic and molecular dynamics studies have focused on resolving the paradoxical 30-fold variation in tryptophan fluorescence quantum yield (QY) observed in proteins. We have recapitulated this variation using tryptophan dipeptides. Our combined  spectroscopic and simulation results for lysyl tryptophan are given in the figure below. The bar graph shows the 30-fold QY variation as a function of pH: at low pH, the QY is about 0.03. Near physiological pH, QY rises to roughly 0.15, while at high pH, the QY drops to a low of about 0.015. At the bottom of the figure, calculated electron density surfaces or isosurfaces for the indole ring of tryptophan at pHs where the QY is at its extrema are shown. Red coloration represents high electron density, blue; low. It is apparent that when QY is mid range (pH 11), the electron density over the indole ring is high and evenly distributed over both the pyrrole and phenyl rings.

The Color of Cation-π Interactions 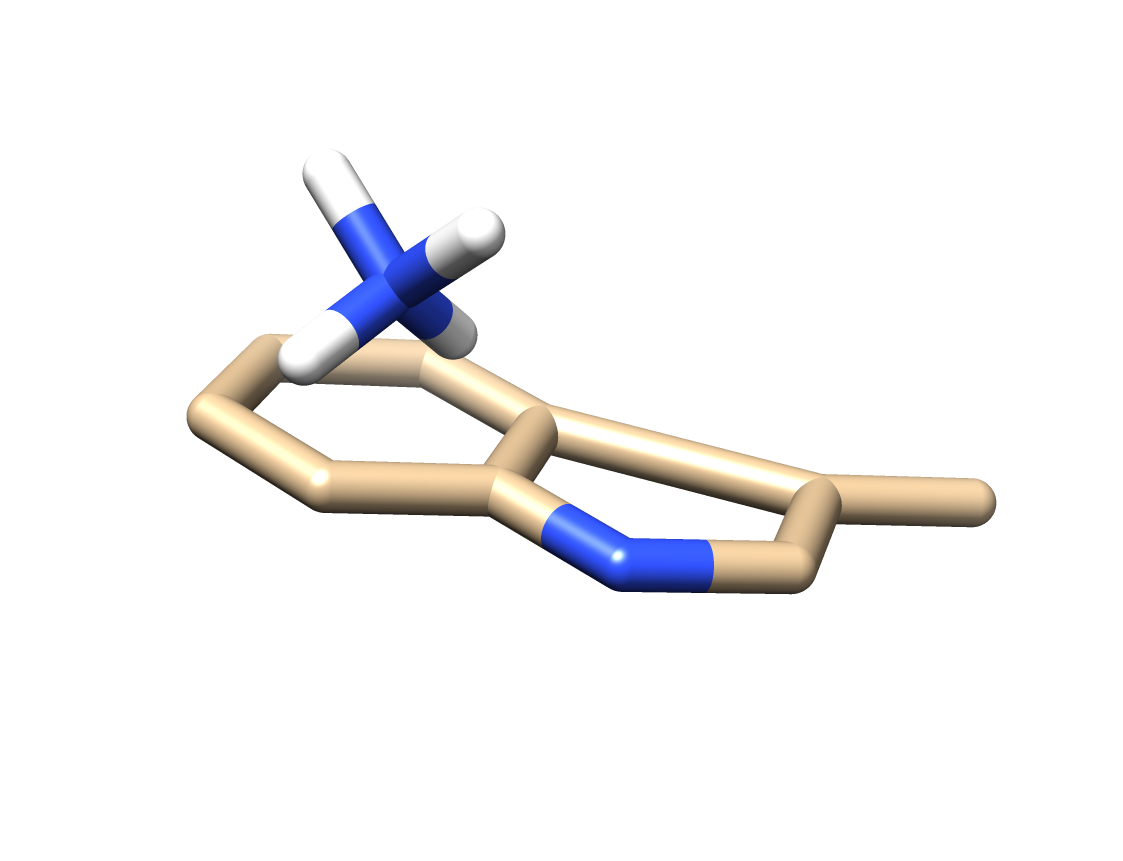 Our continuing study of the photophysics of tryptophan using dipeptides led us to the unexpected observation of color in proteins in the absence of transition metal cations. We first observed an intense pink color in arginyl tryptophan in the solid state. After verifying the absence of metal cations, MD simulation led to the finding of an intermolecular charge transfer transition between the indole and an arginyl guanidinium cation. Such a noncovalent electrostatic attraction is known as a cation-pi interaction. The interaction between an ammonium cation and the phenyl ring of indole is illustrated above, right.

Further spectroscopic study of other tryptophan dipeptides and proteinaceous species, where structural data revealed intramolecular tryptophanyl cation-π interactions, confirmed the visible absorption spectrum consisting of two overlapping peaks at ca. 500 nm and 465 nm. The former is attributed to the charge transfer HOMO to LUMO, pi-sigma* donation from the indole to the cation. The higher energy transition is attributed to the HOMO-2 to HOMO transition made possible because of the charge transfer depletion of electron density from the indole HOMO. Concomitantly, this depletion provides for visible fluorescence solely from the 465 nm transition. Interestingly, these absorption transitions are also observed in tryptophan neutral and cation radicals.

These cation-π interactions play a role in the function of a broad range of biological systems including several important large classes of proteins. They are especially common at protein-protein interfaces. They are found in Arg and Trp-rich antimicrobial peptides, and in ligand-gated ion channels where among the amine ligands are acetylcholine, dopamine, serotonin, nicotine or gamma-aminobutyric acid. Cation-π interactions play a role in epigenetic expression through the binding of chromatin aromatic residues to the methylated lysine of histone tails, and in the enzymatic reactions of squalene hopene cyclases.

Moreover, the cation-π interaction is often found at a higher level of 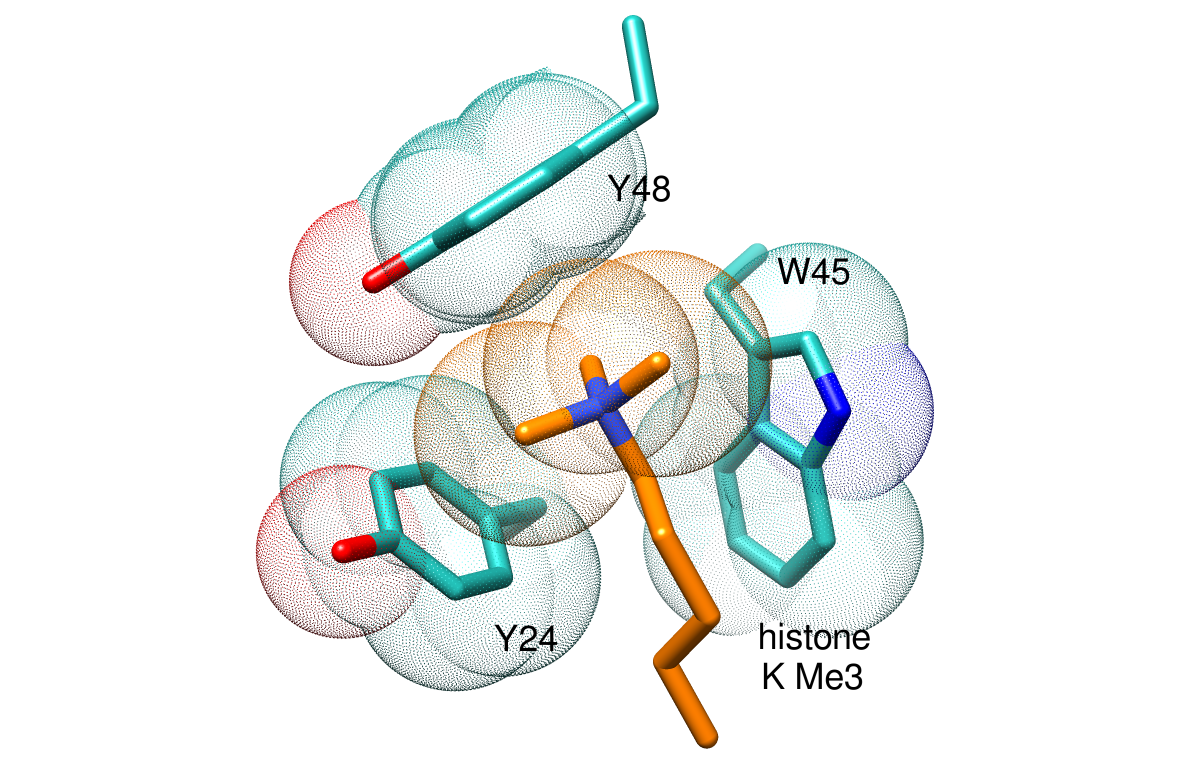 complexity within these biological system.  The other aromatic residues, phenylalanine and tyrosine, can also participate in cation-π interactions. The cation may be 'sandwiched' between two tryptophan indole rings, as in a purolindoline antimicrobial fragment. 'Aromatic boxes'  or cavities are also found. These consist of anywhere from three to six aromatics in various combinations that form a binding cavity for a cationic ligand. The 'aromatic box' for the complex between the Drosophila HP1 chromodomain and the trimethyl lysine 9 of histone H3 tail is shown at right (Jacobs  & Khorasanizadeh Science 2002,295 2080). Lysine methylation is a modification associated with epigenetic silencing. The methylammonium group forms a complex cation-π interaction with two Tyr and one Trp residues. Our current work is focused on finding distinguishing spectroscopic characteristics for these higher order cation-π interactions, which can be used for distinguishing subtle changes in noncovalent cation-π interactions between ligands and their substrate. Molecular dynamics simulations along with extant crystal and NMR structures will be used to assess the specifics of conformation and distance within the cation-π interaction.

La Guardia Library on the Quad 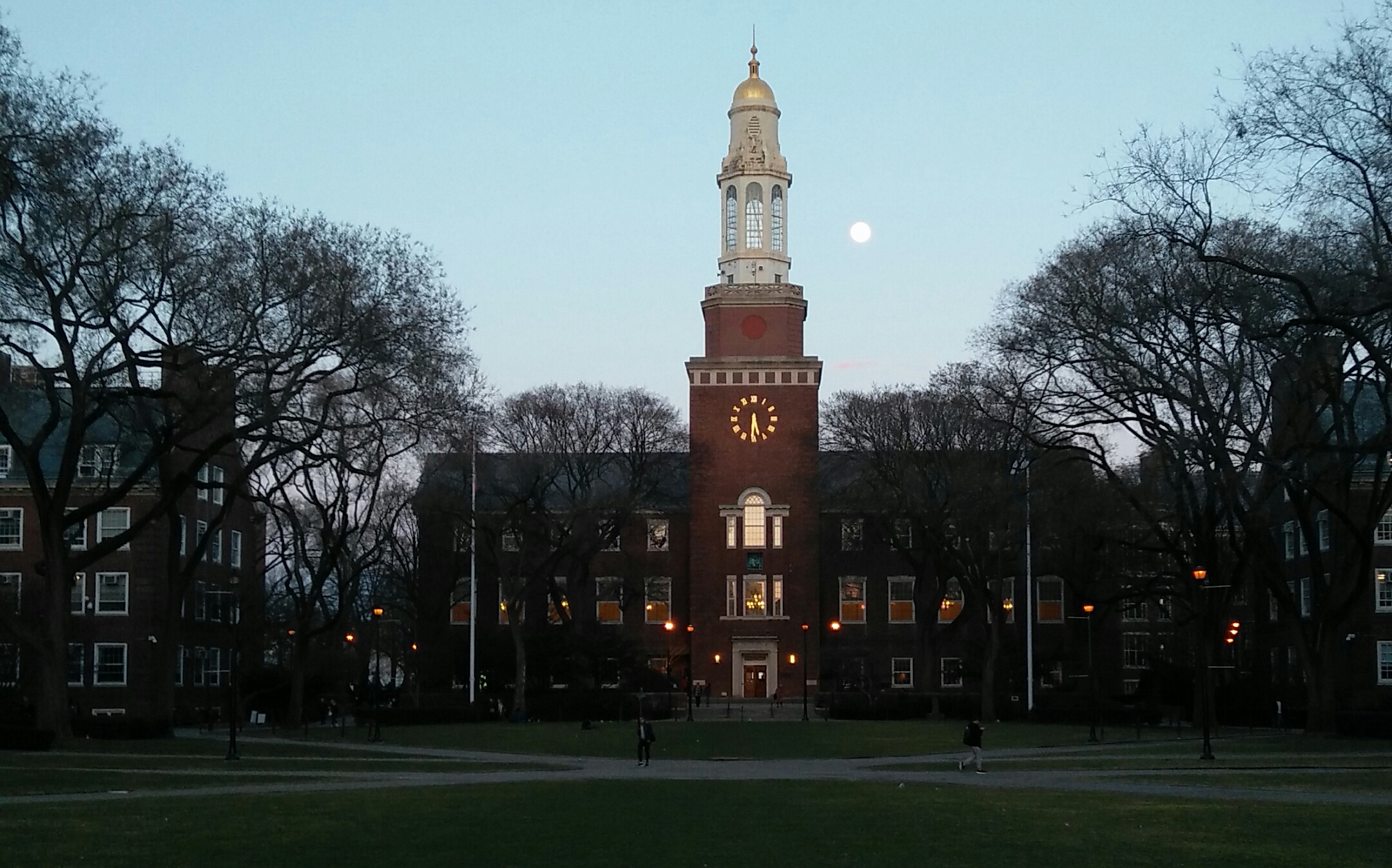 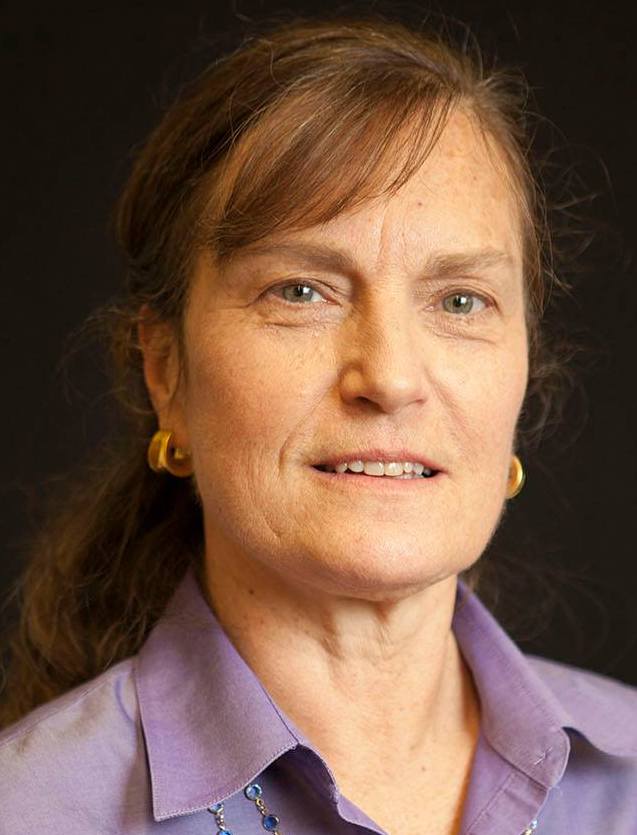