Alberto is a Brooklyn-based visual artist who works in a variety of media. His installations and assemblages explore the aesthetic possibilities and psychological meanings of reconfigured old and discarded objects. Although he holds no formal art degrees, Alberto studied and apprenticed with prominent artists including Elizabeth Murray, Patricia Cronin, Juana Valdez, Stephen Keltner, Kathleen Gilrain, Georgeen Comerford, Arthur Brooks, and others who have taught in the MFA in Visual Arts program at Brooklyn College.  His work has been included in several recent group shows; it is represented in the permanent collection of the B.U. Kashkin Museum in Ekaterinburg, Russia, and in various private collections.

In this show, Cartographic Narratives, Alberto explores the aesthetic and story-telling qualities of paper maps, at a time when new technologies have rendered them obsolete.  While an undergraduate at Brooklyn College - a recent arrival from Argentina with limited English language skills - Alberto was drawn to majoring in geology, where he found the language of maps to be a simple, elegant, and accessible. Years later he studied education (Masters) and psychology (Ph.D.), but retained affection for the aesthetic and pragmatic qualities of physical maps.

The ubiquitous crows in this show refer to the multifaceted roles that these birds play in myths and legends. Crows and ravens are messengers of deities, creators of the world, sages, and tricksters. Their mysterious qualities often evoke the supernatural as their presence transcends ordinary experience.  In various works displayed here, the crows embody and transport maps to the realm of obsolescence and open them up to new uses beyond their intended purpose.  This show is a personal send-off, an homage to physical maps as they transcend their utilitarian origins.CARTOGRAPHIC NARRATIVES 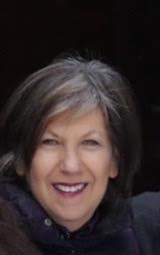