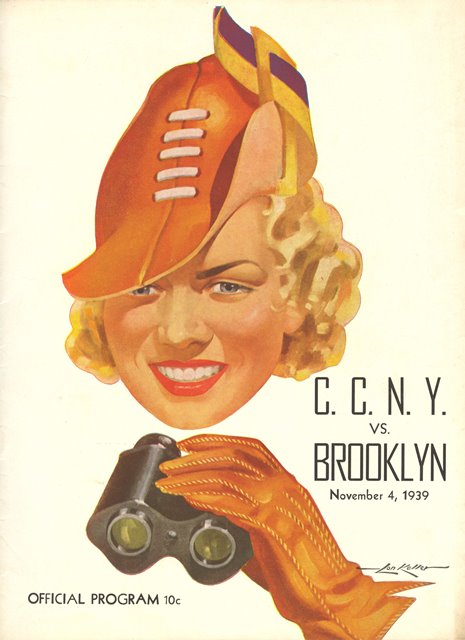 This football program from 1939 is part of the George Edelman Collection. Mr. Edelman graduated with a B.A. from Brooklyn College in 1942. After serving in World War II, he returned to New York and continued his education at New York University, from where he received his M.A. in 1952.

While at Brooklyn College, Mr. Edelman was a star player on the football team. This collection not only includes football programs, news clippings, and Edelman's BC Jersey, but also a piece of an opponent's uniform that Edelman tore off as he tackled this player, helping to win the game for BC.

Mr. Edelman donated his collection to the Archives in 2001.  We encourage all alums to check their basements and attics and donate their memorabilia to Brooklyn College. We can't preserve BC history without the help of our alumni.

The Finding Aid for the George Edelman Collection can be found on CUNY Academic Works.